Begun in 2002, the year after the creation of the City of Tabaco by virtue of Republic Act 9020, the Tabak Festival, is an annual celebration of everything Tabaknon. Through its Tabak Festival street dancing, the prestigious Mutya ng Tabak and Tabakla pageants, cultural performances by various social sectors, Padyak and Sibidan races, trade fair and exhibit, Karawat Bicolnon, and Baile de Amor this two week-long celebration captures the insatiable festive spirit of Tabaqueños as it attracts tourists and investors to the City of Love.

A colorful and exhilarating show-down of rhythm and vigor of exceptionally talented dancers and musicians, the Tabak Festival Street Performers have been a certified crowd drawer during the Tabak Festival Celebration. They are Tabaco City’s proud representatives and champions to a roster of competitions around the region and a darling in many Philippine festivals. 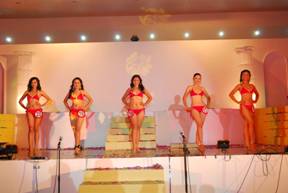 In a Region known for the grace and beauty of its womenfolk, the Mutya ng Tabak held during the annual Tabak Festival is one of the most prestigious beauty pageants in Bicolandia. The pageant which is the highlight of the Tabak Festival, draws smart and sophisticated young ladies from all over the Bicol Region. It is not merely a parade of beauties; it aims to honor the loveliness, captivating charm and varied talents of the Bicolana and is a genuine celebration of womanhood.

Being the proud Padyak Capital of the Philippines, Tabaco City has appropriately inaugurated this unique contest starring no less than the most common mode of transportation in the city. Like the rest of the festival games, the race is primarily for entertainment, but it also turns the limelight on the industry, perseverance and honest labor of ordinary padyak drivers.

The Sibidan Race is said to be one of the oldest of the Festival games. It has been a cherished tradition and has been faithfully held and enjoyed by fisher folks and ordinary townspeople alike, even before the inception of the Tabak Festival. It affirms the undeniable coastal culture of the Tabaco City.